Don’t Stock up on Stun Guns Quite Yet

“If the fundamental right of self-defense does not protect Caetano, then the safety of all Americans is left to the mercy of state authorities who may be more concerned about disarming the people than about keeping them safe.”

Are Stun Guns going to be legal in MA?

Last month, the United States Supreme Court declared in Caetano v. Massachusetts that the Second Amendment right to bear arms extends to stun guns. In a case arising out of Massachusetts, the defendant, Caetano, was arrested for violating a Massachusetts law banning possession of electrical weapons. Caetano armed herself with a stun gun in response to physical threats from her ex-boyfriend; the several restraining orders she had obtained against him had proved ineffective. Caetano was convicted for violating the state law and found guilty. She appealed to the Supreme Judicial Court of Massachusetts (SJC), claiming that the Massachusetts law violated the Second Amendment of the United States Constitution.

The SJC upheld the Massachusetts law and provided three reasons for holding that the Second Amendment does not extend to stun guns: (1) stun guns are not protected because they were not in common use at the time of the Second Amendment’s enactment; (2) stun guns are barred by the historical tradition of prohibiting the carrying of dangerous and unusual weapons; and (3) the record failed to establish that stun guns are readily adaptable to use in the military. The Supreme Court rejected each of these explanations as contrary to the landmark case of District of Columbia v. Heller, vacated the SJC’s judgment, and remanded the case to the SJC.

Notably, in his concurring opinion, Justice Alito commended Caetano’s decision to protect herself with a stun gun after restraining orders proved useless.   He argued that the SJC’s decision would harm “vulnerable individuals like Caetano who must defend themselves because the State will not.” Not only did the SJC’s analysis defy Heller’s reasoning, but the SJC failed to acknowledge key language in Heller that “the Second Amendment extends prima facie, to all instrument’s that constitute bearable arms, even those that were not in existence at the time of the founding.” Rather, the central question for Second Amendment analysis is whether the weapon is commonly possessed by law-abiding citizens for lawful purposes today. Alito warned that, “[i]f the fundamental right of self-defense does not protect Caetano, then the safety of all Americans is left to the mercy of state authorities who may be more concerned about disarming the people than about keeping them safe.”

While Caetano may seem like a win for Second Amendment proponents, the implications are—like firearms law in general—unclear. The Supreme Court remanded the case to the SJC, meaning that we will have to wait to know the real results of the case. The SJC could still find other grounds to uphold the ban on stun guns in Massachusetts. Likewise, the Massachusetts legislature could get involved and place restrictions on stun guns in the state. The Caetano case is to some extent a victory, but don’t stock up on stun guns quite yet.

Get me in your inbox!
Recent Posts

Questions? Fill out this form to contact us, and we'll get back to you shortly. 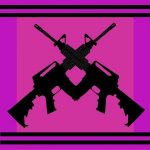 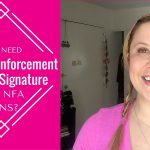