The new ATF Ruling (41F as it is fondly called) on NFA Trusts was announced at the beginning of January and was officially published in the Federal Register on January 15, 2016.

There are many articles you can read online that go into detail and the history of the past three years dealing with the proposals for the ruling (the proposals were generally referred to as 41P. It’s important to know that 41F is different from 41P since some of the proposals were not adopted or were changed. So while it’s fun to look at the history if you are a gun or legal nerd, for practical purposes right now, the 41F regulations that will go into effect in July 2016, along with the current regulations today, are what you need to worry about). *The Federal Register publishes all the comments received from the 41P proposals along with responses, which resulted in a looooong document, most of which I think is not required reading, which is why I am giving you what I think are the juicy details.

You can read the final version of the full regulation here.

But there are specific things you should know about NFA Trusts and the 41F regulations and changes to current NFA Trust law.

Here’s what you need to know about the new NFA Trust regulation that go into effect on July 13, 2016, without all the bullshit and fluff.

Sidebar: Currently, the regulations requiring fingerprints, photos, and chief law enforcement officer (CLEO) signoff (certification) for an individual to own an NFA firearm do not apply to Trusts. See my video here. That’s why so many people use NFA Trusts as vehicle to more easily get these items and allow them to have multiple owners. With the implementation of 41F, Trusts will have the same rules as apply to individuals.

Current: “Responsible Person” not defined as specifically, and typically only current trustees.

WTF: Beneficiaries are excluded from the official list of responsible persons, but if a named beneficiary has some power and authority, they would be considered a responsible person. So I am not sure why they bothered excluding beneficiaries if the definition of responsible person would be applied and analyzed accordingly anyway. This also does not address successor trustees. While current trustees and co-trustees have current power and authority, successors don’t have that authority until something happens, usually death or incapacity of a current trustee. So it seems to me that successor trustees don’t have the power or authority to do anything at all at the time of the trust’s execution and perhaps the initial Form 1 or Form 4 application. But I have a feeling they will roll successors into the “responsible person” category as well. We shall see.

Current: Since the trust is not a person it does not need photos or fingerprints to be submitted with the Form 1 or 4.

WTF: See WTF from above, number 1.

WTF Bonus for Massachusetts peeps: In MA, you need to have a valid LTC in order to even be a Trustee or “Responsible Person” in an NFA Trust. To get your LTC in MA, you have to go through an extensive background check and get fingerprinted and in some towns interview with the police department. So for MA folks who want an NFA Trust, they will have to go through the entire background check process AGAIN and submit fingerprints AGAIN for each “responsible person’ named in the Trust for the processing of their NFA Trust with ATF. So in MA it will be an extra pain in the ass to do an NFA Trust. However, depending on your goals, I think an NFA Trust is still a good thing to do if you want co-trustees to possess and use your firearms and for estate planning.

Current: CLEO must sign off and approve your NFA firearm application if you are an individual and not using a trust (which is the main reason people would use NFA trusts since it bypasses that requirement because a trust is an entity and it is not an individual).

WTF: But it requires “persons” to get a CLEO signature, and isn’t a person an individual? Ugh. Confusing? Of course! Just know that under current rules, human being people need a signature and trusts don’t. If you want to get nerdy, call the office for an appointment.

There are other details such as the timing of your first and second Form 1 or 4 submissions and how that effects whether you need to submit photos and fingerprints again for each. I am not getting into that in this post at the moment, but might address it later on.

These are the major changes to keep in mind for the new NFA rules.

Get me in your inbox!
Recent Posts

Questions? Fill out this form to contact us, and we'll get back to you shortly. 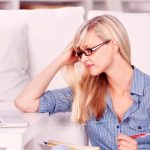 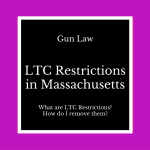